It is likely that another "G" will be added to GAFA in the future and be called G + GAFA.

On August 9, 2021, the CBDC (EXC) and vaccine passport developed by GVE Co., Ltd. were selected as representative examples of international standards.

The international standard ISO/IEC24643 was already announced in November 2020, but this time it will be more specifically adopted as a use case for Ecma-417.

In this article, I will explain the specific content while delving deeply into the international standardization (de jure standard).

With the efforts of the genius engineer Susumu Kusakabe, Sony developed NFC (Near Field Communication) which is a key technology in smartphones which enables us to pay using Apple Pay, Google Pay today.

Although Sony was able to standardize it internationally as a de jure standard, it lost a great opportunity due to a strategic mistake by it's incompetent management team.

For more information, see "The Truth About Felica" written by a reputable journalist, Yasunori Tateishi.

To never make the same mistake, GVE has strategically aimed to take the de jure standard. And in in August 9, 2021 there strategy has worked out.

De facto standards, or standards in actuality, are adopted widely by an industry and its customers. They are also known as market-driven standards. These standards arise when a critical mass simply likes them well enough to collectively use them.

The idea is to make it an established standard by beating market competition.

Sony aimed for this de facto standard but failed.

On the other hand, let's look at the De Jure Standard, which GVE successfully obtained.

De jure standards, or standards according to law, are endorsed by a formal standards organization. The organization ratifies each standard through its official procedures and gives the standard its stamp of approval.

The idea is to make rules through international consensus.

It usually takes around 5 years or more for the international standard by ISO / IEC to be established.

This was one of the biggest disadvantage of this international standard.

However, GVE was able to achieve international standardization in a super short-period of time due to the support of high-tech companies around the world including Google and Apple.

The framework of international standards began in 1995.

The Technical Barriers to Trade (TBT) Agreement aims to ensure that technical regulations, standards, and conformity assessment procedures are non-discriminatory and do not create unnecessary obstacles to trade.

In other words, when central banks introduce CBDC (Central Bank Digital Currency) in the future, it is highly likely that they will select the EXC Platform made by GVE.

I will now explain the specific details of ISO24643

What The Hell Are You Talking About?

What is the "distributed real-time access system architecture" defined by ISO24643?

In a nutshell, it's the basic design of an online super secure digital platform that runs 24 hours a day, 365 days a year.

This is a concept that can be applied to any existing online system.

Currently, there are many systems that use 'batch processing', which is becoming too old fashioned. In a digital society where IoT will become widespread, it should be switched to "high-speed real-time processing".

This ISO achieves the following:

It basically has the same advantages as the digital currency EXC.

The image below is very important.

Access object… A physical entity such as a human or card

Process… Process on the system

As a concrete example, I will explain assuming the case of an ATM machine

Firstly, in this example the ATM Card is the Access object.

When a ATM card (Access object) is inserted into a bank's ATM (Access point), identity verification (Process1 = Authentication) is performed to determine whether there is fraud or forgery.

If you are authenticated here, the Authenticated Area guarantees the security in the corresponding server inside the dotted line.

The parts from Process 3 to Process N-1 are common banking systems.

When all the processing is completed, the final result of "withdrawing the desired amount" is sent back to the ATM (Access point), becoming possible to withdraw money from the ATM.

In real time, it determines (authenticates) whether or not to allow access from the user's terminal, and executes the access system service after the access is permitted.

To determine whether or not to accept the access request, it refer to the authentication data, access object data, and system data.

However, just letting you know that, ISO24643 does not directly write proper words such as "GVE HSM" and "EXC platform".

What's So Special About It

The point that the following two are compatible is actually something unprecedented.

What ISO24643 Made Possible

To achieve these, ISO24643 defines the 3-way database method as the best structure.

The mechanism devised by GVE where "three different types of databases synchronize every 0.2 seconds" can ensure high security because of high-speed real-time processing.

It is a rational, robust and beautiful mechanism.

At the beginning, I mentioned that the legacy of "batch processing" is widespread today, but is also has security and processing speed issues.

Many enterprises do batch processing at night, making the system offline.

The enterprises do this to reduce the possibility of external hacking and avoids server processing speed issues.

GVE HSMs has the flexibility to handle multiple services on multiple systems, either continuously or in parallel.

To put it plainly, all you have to do is put the GVE HSM in the Process1 = Authentication part of the figure, so it is compatible with any existing application.

As a company, it is possible to significantly improve security without investing too much.

GVE has already obtained an international patent for the core idea and technology of ISO24643, and there are other very high technical barriers to compete with GVE.

Therefore, we believe that it has greatly increased the possibility that GVE will become the strongest in the future of the digital platform market.

EXC and Vaccine Passport as Use Case

This is not the end.

On August 9, 2021, ECMA-417 announced the Central Bank Digital Currency (CBDC) and Vaccine Passport developed by GVE as use cases.

EXC Platform as an International Standard for CBDC and Vaccine Passport

GVE is the first candidate for governments when they develop CBDCs and vaccine passports.

・ ECMA International, which establishes international standards, has approved it and stipulated it as a common standard in the world.
・ A next generation system has been completed before other companies have even started
・ The quality of GVE's system is unmatchable and greatly exceeds existing services of other companies.

Decisive difference between EXC and other CBDCs systems

Although there are many, the biggest is security.

We hope that all of you who have read the explanation of ISO24643 understand that it was designed so that it is the most secure system in the world.

In the age of real-time access, security will become even more important.

The Outlook of EXC

For an ordinary company, international standardization is something that would be achieved as the final result of accumulating achievements for over many years.

On the other hand, GVE's starting line is at where the goal is for many companies.

In the history of startups this is a very rare case, so I am paying attention to how GVE will grow in the future.

Here is an introduction to the book:

“Digital Money Wars: The Transformation of Japan'' is a book about digitalisation. “The Transformation of Japan,” is intended to suggest, the authors are hopeful that if the challenges of digitalisation are addressed properly, then Japan has a bright future. For the reader who is not primarily interested in Japan, the book can also be read as a case study of how to approach digitalisation. Finally, this is also a book about the COVID-19 pandemic. One of the many themes of the book is that the pandemic marks an important inflection point, accelerating the pace of digitalisation worldwide by between five and ten years.

The Digital Money Wars and The Transformation of Japan

You can learn more about international standardizations and the EXC platform developed by GVE.

The Digital Money Wars and The Transformation Of Japan

The mechanism of the EXC platform has become an international standard, ISO24643, and the CBDC and vaccine passports developed by GVE have become its use cases.

Follow Keiya Kojima
おすすめの記事
The New Logo Design of EXC!
Since February 2019, excoinlab.com (information site about EXC in Japa...
Market Capitalization and Long-term Goal of EXC
This Article Will Cover: The Market Capitalization of EXCMarket Capita...
Prospects of the Vaccine Passport Developed by GVE (feat. Aston University)
According to Startup-DB (A website that writes about startups in Japan...
【3-Way Database】Security Model of EXC
Before reading this article, what do you think is the safest existing ...
How To Buy EXC on SmartPhone (Complete Guide)
EXC can be easily bought on smartphones. But as it can only be bought ...
【Highest Security To Exist】The Evaluation Assurance Level of EXC
There are many cryptocurrencies that claim to have high security, but ...
Search
Categories
Profile 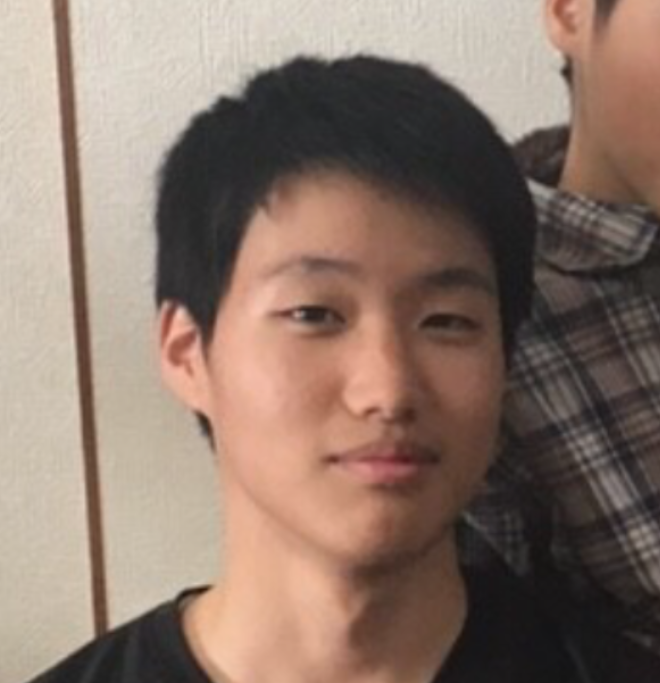